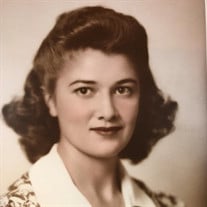 Wilma Retta Elson Wolff was born July 14th, 1922 at home in Curtis, NE. Her parents were Ella Ramels Elson and Linden Norton Elson lived on a farm/ranch Northwest of Curtis. Wilma’s grandparents Retta and T.R.T. Elson had built the home in 1905. The family always referred to it as the “Home Place”. The grandparents had moved from Unionville, MO in 1892 to the Homestead. Wilma’s early life was one of hard work and responsibility. Her mother’s quiet guidance taught Wilma how to cook, clean and entertain. She taught Wilma how to care for her brothers, Tom, George and Earl. Wilma and her brothers survived the great depression. She used to help her mother put up sheets over the windows to keep the dirt out. She recalled how the ditches were full of so much dirt. She helped her mother butcher chickens and prepare food for the 20 farm hands daily. Wilma and her brother Tom attended high school together in town which meant they stayed with their loving step grandmother Kate Ramels since it was impossible to drive back home every day. They graduated high school together in 1939 from the University of Nebraska School of Agriculture in Curtis, NE. Wilma was in both band and choir. She excelled in home economics. After graduation, she moved to Lincoln to live with her Aunt Olive and Uncle Merrill Smith. She worked until her mother Ella was diagnosed with colon cancer. Wilma moved home to take care of her mother and her mother’s daily duties. Wilma was a selfless person. The needs of her family always came first. Wilma worked at home from 1940 until her mother’s death in 1944. She moved back to Lincoln and enrolled in home economics/dietetics at the University of Nebraska Lincoln. She lived in Love Memorial Hall. After graduating with her Bachelors in Home Economics, she worked for Swift & Company in Omaha, NE. She was a Martha Logan woman. She worked in their test kitchens and set up displays at county fairs. The Swift CEO wanted her to become their TV representative. Her striking good looks made her the perfect TV host. Wilma became the legal guardian for her brother Earl in 1969 when her father passed away. Earl had down syndrome. She has always been his protector as he was her baby brother. She loved her family. Wilma married Frank Jean Wolff (Fritz) on March 12, 1950 at St. Mary Episcopal church in Blair, NE. They lived and raised their children Frank, Retta and Jon in Blair, NE. Wilma played bridge and entertained friends. She ironed the linens for St. Mary’s Alter Guild. She was in PEO. She was a working Mom. She got up every day with a smile on her face and said let’s make it the best day possible and let’s get to work. Wilma worked in Wolff Jewelry in Blair, NE from 1950 to 1979. She ran the store, bought merchandise, did the displays, helped brides choose their china patterns, crystal, silver and jewelry. She had a saying that “a sale isn’t a sale until it says buy you by you.” Wilma also worked as a dietitian at Crowell Memorial Home and at Memorial Community Hospital in Blair. In 1979, Wilma and Fritz moved to Atlantic, Iowa. They owned Wolff Jewelry there and in Harlan, IA until 2006 when they retired and moved back to Blair. Fritz was frequently ill, and she was his caretaker until he passed in 2012. Wilma passed away on Sunday, July 28th, 2019 at the age of 97. She is survived by her 3 children Frank (JoLynn) Wolff of Blair, NE. Retta (Ray Sheriff) Wolff of Plano, TX. Jon (Cheryl) Wolff of Blair, NE. She is also survived by grandsons: Matt (Lori), Jay (Kara), Steve (Jill), Jeremy (Lisa), Victor (Alaina), Dillon, Nolan, Patrick and granddaughter, Jennie (Blair) Smoyer as well as 16 great-grandchildren plus another on the way. Sister-in-Law, Jean Elson of North Platte, NE. Cousins, Nieces, nephews and friends. Wilma was proceeded in death by her husband Fritz, her parents, her brothers, her in-laws and so many others. Services will be on Thursday, August 1st at St. Mary’s Episcopal Church at 10:30. Following graveside services at the Blair Cemetery, a luncheon will be served at the Masonic Lodge S. Hwy 75. Visitation with family receiving friends will be on Wednesday, July 31st from 5-8 with a 7pm prayer service at Campbell-Aman Funeral Home. Memorials may be directed to St. Mary’s Episcopal Church or Joseph’s Coat.

The family of Wilma Retta (Elson) Wolff created this Life Tributes page to make it easy to share your memories.