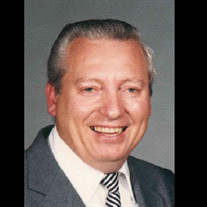 Wayne “Smitty” Ralph Smith age 78 of Blair died June 17, 2016 at Methodist Hospital in Omaha. Funeral services will be held Wednesday June 22, 2016 at 10:30AM at Country Bible Church in Blair with graveside services following in the Blair Cemetery. Visitation will be held Tuesday June 21 at Country Bible Church with family receiving friends from 6:00 to 8:00PM. Wayne “Smitty” Ralph Smith was born on October 1, 1937 in Fairfax, Missouri, the son of Ralph and Florence (Morhain) Smith. As a child he attended country school and later attended and graduated from Villisca High School in Villisca, Iowa. On September 8, 1957 Wayne was united in marriage to Jane Sprague at Advent Christian Church in Villisca. To this union 4 children were born; 3 sons and 1 daughter. In 1959 the couple moved to Omaha where Smitty ran a milk route and later worked at several service stations, until operating his own station. The family moved to Blair in 1971 and Smitty continued to work in Omaha until 1981 when he sold his business in Omaha and opened Smitty’s 66 in Blair. In the mid 1990’s he moved the business to its current location on Iowa Street which son David now owns and operates. Smitty retired in the early 2000’s from the business, but continued to work into early 2016 delivering parts for CARQUEST in Blair. Smitty was actively involved at Country Bible Church, doing everything from mission trips to plowing snow in the wintertime. He enjoyed writing including several poems and a book of his life he published himself. He enjoyed many years of playing and coaching fast pitch softball, including a few years with his sons. He also enjoyed doing outside work, gardening, growing flowers, and tinkering in his shop. Mr. Smith is survived by his wife of 58 years Jane Smith of Blair, Children; Robert (Denise) Smith of Blair, Michael (Lisa) Smith of Yutan, David Smith of Blair, son in law Joseph Stehno of Omaha, special friend Jill Barnes and her son, 9 grandchildren, 6 great grandchildren, 7 sisters, 1 brother, and several nieces, nephews, cousins and friends. He was preceded in death by his parents, daughter Carole Stehno, and 2 brothers. Memorials may be directed to Country Bible Church in Blair.

The family of Wayne "Smitty" Ralph Smith created this Life Tributes page to make it easy to share your memories.

Send flowers to the Smith family.