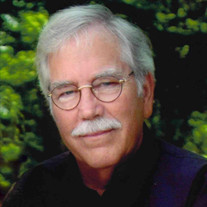 Richard L. Brummer of Omaha, NE passed away on January 26, 2021 in Omaha. Richard was born on Sunday, November 12, 1933 on a farm near Dunlap, Iowa to Leonard V. and Regina A. Brummer. He was baptized in the local Catholic church that same day. He graduated from Kennard High School and obtained his post-secondary associates degree in business before joining Bakers Manufacturing in Omaha. He married Rhea L. White on January 12, 1957 at St. Francis Borgia in Blair, NE. She was the love of his life and his “Queenie”. They lived in Blair for 12 years and began raising their two daughters and two sons. They opened the city’s first Dairy Queen and found time to play cards, cook-out, camp and vacation at the lake with life-long friends and their families. They moved to Kearney, NE in 1969 where he was manager of Dutton Lainson Company and active in the community, St. James Catholic Church, the Knights of Columbus and the Elks Club. They actively raised their children supporting them with their attendance at sports events, music concerts, and vacationing in Kansas City to catch a Royals baseball game. During his retirement years, he and Rhea were able to read and enjoy their shady backyard as well as visits from their children, grandchildren and the accompanying pets. He was a survivor of the Polio epidemic of 1949 at age 16 and was forever grateful to the March of Dimes as the organization covered the entire cost of his 5-month hospital stay. While he underwent treatments to regain the strength in his right forearm, he trained the family dogs, tamed 7 foxes and 2 squirrels, rescued 5 baby racoons and a baby crow he named Blackie. Blackie enjoyed observing people at work in Kennard, but a whistle from Rich would call Blackie back to perch on his shoulder. Rich was never again able to physically participate in sports, but he never let his limitations keep him from enjoying his passion for football, baseball, basketball, and track. From that time on he became a keen observer of sports, offering coaching and referee services at baseball games. One of his heroes was fellow polio survivor, President Franklin Delano Roosevelt. Eleanor’s observation of Franklin applied to Richard as well. ‘Probably the thing that took most courage in his life was his mastery and his meeting of polio. I never heard him complain. And though anyone remembering how athletic and strong he had been as a young man could not fail to realize what a terrific battle must have gone on within him, he just accepted it as one of those things that was given you as discipline in life." He was preceded in death by his wife, Rhea, his parents and his brother, Donald. He is survived by his children: Julie (Ken) Smith, Jayne (Michael) Macholan, Jim (Mindy) Brummer, John (Julie) Brummer and his 8 grandchildren: Lauren Smith, Grant Smith, Zach (Katie) Macholan, Katelyn Macholan, Aden Brummer, Ava Brummer, Ben Brummer and Brody Brummer. His sister, Charlotte, and his brother, Dennis, along with numerous nieces and nephews also survive him. The family want to acknowledge the amazing love and care given to him by the nursing staff of Methodist hospital. A mass of Christian burial will be held for the family on Friday, January 29th at 1 PM followed by a private family graveside service. In lieu of flowers or plants, a donation in memory of Richard to the March of Dimes 3606 N 156th Street, Omaha, NE 68116 or in memory of his beloved wife Rhea to Alzheimer’s Association 11711 Arbor Street #110 Omaha NE 68144 would allow these two groups to continue to pursue their work which was dear to Richard. A live stream of the service will be available through St. Francis Borgia Catholic Church - https://www.facebook.com/pg/stfrancisborgiablair/videos/?ref=page_internal

Richard L. Brummer of Omaha, NE passed away on January 26, 2021 in Omaha. Richard was born on Sunday, November 12, 1933 on a farm near Dunlap, Iowa to Leonard V. and Regina A. Brummer. He was baptized in the local Catholic church that same... View Obituary & Service Information

The family of Richard Brummer created this Life Tributes page to make it easy to share your memories.

Send flowers to the Brummer family.