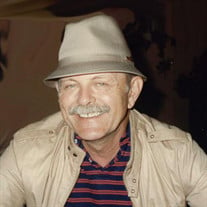 Raymond J. Severson was born on May 9, 1932 to Guy and Mida (Millard) Severson in Moorhead, Iowa. After graduating from Moorhead High School in 1949, Ray enrolled at the University of Iowa. He transferred to Iowa State University the following year and joined the Sigma Alpha Epsilon fraternity. He met his future wife Pat through her brother Alan, a fraternity brother. Ray enrolled in ROTC during college and spent two years in the Army in Colorado Springs, Colorado. One of Ray’s close friends in the Army was an exceptional swimmer and trained for the Olympics at The Broadmoor’s pool. Ray supported his friend by attending many training sessions, which allowed him to take in the pleasant scenery at the posh resort. Once Ray left the Army, he reenrolled at Iowa State University and graduated with a business degree. Ray and Pat were married on September 23, 1956 in Fort Dodge, IA. Ray was hired by J.C. Penney after graduating and was in their management program. He soon decided this was not the career path for him and was accepted to dentistry school at the University of Iowa. He spent that summer back at the farm helping his father and brothers and decided to stay rather than pursue a dental degree. Jeff and Mary Alice were born while Ray and Pat lived in Omaha, and Laurie followed two years later once they returned to the farm. Ray was active in the Soldier Lutheran Church, serving as a Luther League sponsor and a member of the Church Council. He was involved in numerous organizations and local government bodies, including Masons, Moorhead Co-op, Boy Scouts of America, Monona County Extension, Monona County Zoning Commission, East Monona School Board, Pork Producers, and Cattleman’s Association. He also served as a director of Producers Livestock Marketing Association and Producers Livestock Credit Corporation. Growing up on the farm, Ray was the youngest of the four brothers and was admittedly spoiled as the baby of the family. One of his fondest childhood memories was accompanying his father on a train from Moorhead to Chicago to deliver cattle that were sold at the stock yards. Ray managed to make plenty of mischief without finding himself in too much trouble. He and his friends skipped school one day in high school, and when the school notified his mother, she said she was happy that he had taken the good car. Apparently the older car would have been wholly inappropriate for a day off from school. He loved a good prank. In high school, he and his friends disassembled a grain wagon and then put it back together on the roof of the Red & White grocery store. Ray enjoyed a good time and this remained a priority throughout his life. He was actually called into the president’s office while at Iowa State University after throwing a fraternity party on a chartered train. The president asked him if he would like to go back to Moorhead and plan all the parties he wanted. He said he would not like that and stayed at Iowa State. We have little reason to believe he stopped planning parties. Ray and Pat had a wonderful group of friends in the community who gathered to play bridge and other social events. They would meet every year on the Fourth of July for breakfast and had picnics throughout the summer at Preparation State Park. He loved going to Omaha with his family to see movies as well as shopping and dining out in the city. Ray and Pat were truly blessed to travel the world and took countless trips with close friends and family. They showed remarkable devotion to their children and grandchildren, never missing a sporting event or school activity no matter how small. He is survived by his daughters Mary Alice Johnson (Robert) of Blair, Nebraska, and Laurie Gray (William) of Pittsburgh, Pennsylvania; his grandchildren Tom Johnson, Todd Johnson (Jill), and Elizabeth Gray; and his great-grandson Hank Johnson. He was preceded in death by his wife Patricia (Williams) Severson, his son Jeffrey Severson; his parents, and his brothers Russell, Glen (Glendora), and Ronald (Joan). He will be greatly missed by his family and friends. In lieu of flowers, donations can be made to the Soldier Lutheran Country Church or Cemetery Fund in Ray’s name. Condolences may also be left online for the family at www.rushfamilycareservice.com

Raymond J. Severson was born on May 9, 1932 to Guy and Mida (Millard) Severson in Moorhead, Iowa. After graduating from Moorhead High School in 1949, Ray enrolled at the University of Iowa. He transferred to Iowa State University the following... View Obituary & Service Information

The family of Raymond J Severson created this Life Tributes page to make it easy to share your memories.

Send flowers to the Severson family.