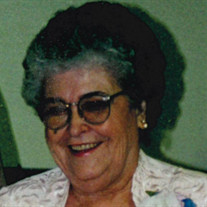 Norma L. Kay, age 91 of Blair, passed away November 25, 2018 at Good Shepherd Lutheran Community in Blair, Nebraska. Funeral services will be held Thursday November 29, 2018 at 10:30AM at First Lutheran Church in Blair. Burial will follow services in the German Cemetery. Visitation will be held Wednesday November 28, 2018 at Campbell Aman Funeral Home with family receiving friends from 5:00 to 7:00PM. Norma was born on March 6, 1927 in Tekamah, Nebraska, the daughter of Clarence and Mae Snow. She attended and graduated from Tekamah High School. On March 5, 1949 she was united in marriage to Howard Kay. To this union 3 children were born, Mary, David and James. Norma was a member of the Eagle’s Club, First Lutheran Church in Blair and was an avid bingo player. She is survived by her sons; David (Vickie) Kay of Cumby, Texas and James Kay of Colorado City, Colorado, 8 grandchildren, 13 great grandchildren, 3 great great grandchildren, sister Donna (Jerry) Kobs, brother in law Clarence “Red” Brosam, along with numerous nieces and nephews. She was preceded in death by her parents, husband Howard, daughter Mary Ellen Camden, brothers; Wilbur and Lloyd Snow, and sister LaVonne Brosam.

The family of Norma Lee Kay created this Life Tributes page to make it easy to share your memories.

Send flowers to the Kay family.