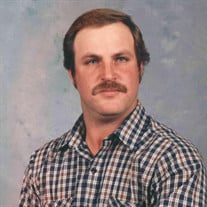 Michael John Lasher age 55 of Blair passed away September 27, 2016 peacefully at home surrounded by family. Funeral services will be held Saturday October 1, 2016 at First Lutheran Church in Blair. Graveside services will follow at Forest Lawn Cemetery in Omaha, Nebraska. Visitation will be held Friday at Campbell Aman Funeral Home in Blair with family receiving friends from 6:00 to 8:00PM. Michael John Lasher was born on June 10, 1961 to Duane and Barbra Jean Lasher in Omaha, Nebraska. He was raised on the family farm and attended Wranch School until the 8th grade. He attended Blair High School where he excelled at wrestling, and met the love of his life Lorie Costanzo. They were married on June 17, 1978. They had three children Lisa, Brooke and Brian. His full time profession was farming with his father Duane with help from his brothers Bruce and Darrell Lasher. In addition to farming he was a “Jack” of all trades. He worked as an iron worker, mechanic, concrete finisher and later excavating. He was also a dealer for Northrup King for several years. He could do almost anything you threw at him. One of his greatest accomplishments was building his family home in 1992 with the help of family and friends. Michael loved being outside whether it be farming, fishing, hunting or helping Lorie in the garden. His greatest love was farming with his father Duane. Mike was one of the hardest workers around. He instilled that value in his children. He believed things in life were earned, not given. Put your nose to the grind stone, work hard, and the things you want will come. He was always willing and ready to help anyone who knocked on his door. The neighborhood kids loved seeing “farmer Mike.” His seven grandchildren loved hanging out with their Papa, picking sweet corn, riding in the tractors at harvest time, and fixing everything they broke. Michael had a lasting impression on everyone he met with his outgoing personality and one of the best smiles you have ever seen. He will be greatly missed but never forgotten. He is survived by children; Lisa (Lowell) Kempcke of Blair, Brooke Lasher and fiancé Justin Gifford of Blair, Brian (Melissa) Lasher of Fort Calhoun, 7 grandchildren, Joseph, Alexis, Hailey Kempcke, Levi and Gracie Lasher, Vincent and Gabrielle Gifford, parents Duane and Roma Lasher, siblings; Bruce Lasher, Darrell (Amy) Lasher, Lauri Weber, Lonnie (Chris) Suverkrubbe, Mike (Joni) McGargill, sister in law Gina Woodring,; nieces and nephews. He was preceded in death by his wife Lorie A. Lasher, mother Barbra Jean Lasher and brother Steve Lasher. Memorials may be directed to the family.

The family of Michael John Lasher created this Life Tributes page to make it easy to share your memories.