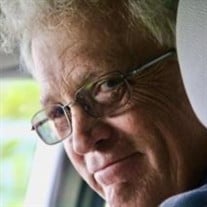 Lyle Vaughn Schjodt, born on February 23, 1950, in Omaha, Nebraska to Harald Schjodt and Rhoda (Iversen) Schjodt passed peacefully to heaven on June 26, 2020 from a long-term autoimmune liver disease. Lyle was baptized and confirmed at First Lutheran Church in Blair, Nebraska. He graduated from Blair High School in 1968 and married his high school sweetheart, Kay (Peterson) Schjodt, on September 18, 1971. Together they raised two daughters, Ande and Michelle, on their farmstead northwest of Blair. Lyle attended Dana College for 2 years. He served for 6 years in the Army Reserves and was honorably discharged. Lyle was a lifelong agricultural producer, starting with his father in high school and making a wonderful life for his family farming corn, soybeans and alfalfa, and raising beef cattle and hogs. Lyle took great pride in his work and was known for the quality of cattle he produced. He was fortunate to work side by side with his teammate and wife, Kay, for much of his life. Lyle’s steady, gentle character and integrity made him a respected leader in the many ways he served his community. Lyle was an elected member of the Blair School Board, where he served for 24 years, 15 as President. He was a recipient of the Blair Community Schools Foundation Distinguished Service Award. Lyle served on the Washington County Planning Commission, Blair School Foundation, as President of the First Lutheran Church Council and on many additional church committees and boards. He served on the Washington County 4-H council, led the Sutherland Boosters 4-H club and was a member of the Washington County Livestock Feeders. Lyle is survived by his loving wife of 48 years, Kay; daughters Ande (Schjodt) Carlson and son-in-law Kevin Carlson of Sioux Falls, South Dakota and Michelle Schjodt and Bryon Schwankl of Minneapolis, Minnesota; grandchildren, Mikayla, Zac and Kyan Carlson; mother, Rhoda Schjodt; and sisters Sondra (Mark) Buell, KayLynne (Mark) Dickinson, Sharla (Paul) Gosker and Sharie (Doug) Jenson; many nieces and nephews, family, and friends. Lyle was preceded in death by his father, Harald Schjodt; brother, Alan Schjodt; and parents-in-law, Bob and Arlene Peterson. A private ceremony will be held, and a streamed event via Campbell Aman Funeral Home Facebook page will be made available at approximately 7pm on Tuesday, June 30th, 2020. A recording of the service is available at https://www.facebook.com/watch/live/?v=292368851964175&ref=watch_permalink. In lieu of flowers, please consider directing a memorial to the Blair Community Schools Foundation, American Autoimmune Related Diseases Association, Inc. or First Lutheran Church.

The family of Lyle V Schjodt created this Life Tributes page to make it easy to share your memories.

Send flowers to the Schjodt family.