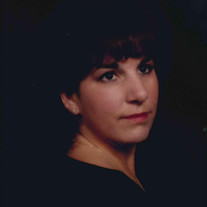 Lorie A. Lasher age 54 of Blair passed away May 22, 2016 at her home south of Blair, surrounded by her family. Funeral services will be held at 10:30 AM Friday, May 27, 2016 at First Lutheran Church in Blair. Graveside services will follow at Forest Lawn Cemetery in Omaha, Nebraska. Visitation will be held Thursday from 6-8 Pm at First Lutheran Church in Blair. Lorrie A. Lasher was born on June 17, 1961 to Paula Y. Witt and Vincent Costanzo. Lorie lived in Omaha, NE and then moved to Blair, NE where she attended Blair High School and met the love of her life Michael J. Lasher. The two were married on June 16, 1978. They had three children, Lisa, Brooke, and Brian. Lorie worked as a stay at home mother along with running the family farm with her husband Mike. She worked at Washington school as a teacher’s assistant to disabled children and later in Blair and Fremont as a physical and occupation rehab technician. Lorie loved spending time with her children, doing everything from family trips to Minnesota, spending time in her large garden and canning. She passed her love for her family along to her children and grandchildren. Lorie always had an open door and a huge heart. She loved to cook for friends and family, you never went hungry if you stopped by for a visit. She loved to spoil the grandchildren with special treats. The rule was what happens at Nana’s, stays at Nana’s. Lorie was preceded in death by her mother Paula Y. Witt, step mother Judy Costanzo, and mother-in-law Barbara Jean Lasher. She is survived by husband Michael J. Lasher of Blair; children Lisa (Lowell) Kempcke of Blair, Brooke Lasher of Blair, Brian (Melissa) Lasher of Blair; Grandchildren: Joey, Alexis, Hailey, Vinny, Gabby, Levi, and Gracie; sister and best friend Gina Woodring of Blair, brother Stephen (Nancy) Costanzo of Minnesota, sister Kathy (Cory) Ray of Omaha, sister Chris (Andy) Baje of Lincoln; Father Vincent Costanzo of Harlan, IA, stepfather Larry Witt of Bennington, father and mother in law Duane and Roma Lasher of Blair, brother in law Bruce Lasher of Omaha, sister in law Laurie Weber of Omaha, brother in law Darrell Lasher and sister in law Amy Lasher; several nieces, nephews, aunts, uncles, cousins, and friends and her beloved dog Josie. A special thank you to Duane Lasher, Bruce Lasher Laurie Weber, Ginia Woodring and Tamy Witt for always giving us you love and support. In lieu of flowers, memorials may be directed to Washington County Home Health and Hospice.

Lorie A. Lasher age 54 of Blair passed away May 22, 2016 at her home south of Blair, surrounded by her family. Funeral services will be held at 10:30 AM Friday, May 27, 2016 at First Lutheran Church in Blair. Graveside services will follow at... View Obituary & Service Information

The family of Lorie A Lasher created this Life Tributes page to make it easy to share your memories.