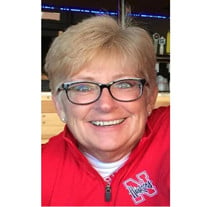 Linda Jane Lemon, age 60, of Blair passed away peacefully, December 24, 2021, at Carter Place in Blair, with her father and brother by her side. Funeral services will be held Friday, December 31, at 11:00AM at First United Methodist Church in Blair. Visitation will be held 1 hour prior to services at the church. Linda was born on September 22, 1961, in Valley City, North Dakota, the daughter of Dale and Jane (Kramer) Lemon. Early in Linda’s life the Lemon family moved to Blair where she attended Blair Schools and graduated in 1979. She then attended Dana College and graduated in 1983. After college, Linda began working in the radio industry as a DJ in Springfield, Missouri and then later in Lincoln, Nebraska. After her time in radio, she began teaching language arts and drama at Boys Town High School and then at Westside Middle School. At the schools she enjoyed directing the plays and musicals. Linda was actively involved in the Blair Community Theatre and also served as the MC for multiple Gateway To The West parades in Blair. In 2003 Linda began working from Mid America Computer Corporation where she was a software trainer. Over the years Linda enjoyed traveling extensively, for work and pleasure, and had traveled to all 50 states. Linda is survived by her father Dale Lemon, brother Steven (Heather) Lemon, sister-in-law Pam Lemon, nieces and nephews; Chris (Kelly), Ryan, Mitch, Caleb, Peyton and Addison, along with great nephews; Charlie and Max. She was preceded in death by her mother Jane Lemon and brother Doug Lemon. Memorials may be directed to Little White Dog Rescue or Blair Small Animal Clinic.

Linda Jane Lemon, age 60, of Blair passed away peacefully, December 24, 2021, at Carter Place in Blair, with her father and brother by her side. Funeral services will be held Friday, December 31, at 11:00AM at First United Methodist Church... View Obituary & Service Information

The family of Linda Jane Lemon created this Life Tributes page to make it easy to share your memories.

Send flowers to the Lemon family.