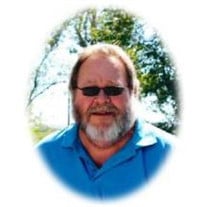 Larry Dean Crider age 66 of Blair, Nebraska, son of the late Modeen and Denver Atkins of McAlester OK, died Friday February 21st, 2014 in Omaha, Nebraska. A Visitation will begin at 12:30PM with a memorial service at 2:00 PM Sunday at the funeral home. Larry was born on December 4, 1947 in Creek County, Oklahoma, but spent his formative years in McAlester, graduating from McAlester High School in 1965. He was drafted into the U.S. Army in 1968. While in the Army, Cpl Crider served in the Officers Club when he was stationed in Germany. He was discharged in 1970. After his stint in the military, Larry went to work for the Federal Protective Service in Omaha, NE. It was there that he met his wife, Jean Klitz. They were married on September 25, 1976, at Olean, Dodge Ne and recently celebrated their thirty –seventh wedding anniversary. In 1976 Larry began working for U.S. Immigration (now Homeland Security) in Garden City Ks, returning to the Omaha office in 1984. During his service with Immigration, he received The Commissioner’s Award, for his work as a lead investigator. Larry and Jean moved to Blair in 2000 and Larry retired in 2001. After retirement, Larry worked in his yard, mowing, landscaping, planting trees and raising vegetables in his large garden. You could also find him working at the Blue Diamond car wash in Blair in the winter months and enjoying visiting with his Allen Hills neighbors all year round. Larry was an avid golfer and enjoyed hunting. He loved OU football! Every Saturday afternoon during football season you could find Larry surrounded by his OU memorabilia and watching his “Sooners” in action. Larry was preceded in death by his parents Modeen and Denver Atkins of McAlester OK, and older brother, Gerald Cathey of Ft. Worth TX and his father and mother-in-law, Joe and Sally Klitz of Dodge NE. He leaves to mourn his passing his wife, Jean, sister Pat Cathey, of Oklahoma City, sister Margaret West (Gerry), of Edmond OK and their children Cheryl and Leslie, brother Ray (Susan) Cathey, Oklahoma City, and their children Mike and Emily and sister in law, Betty Cathey and her son Duane, of Ft. Worth TX. In addition, sisters in law, Mary Kay Hensley, Schererville IN, Joan (Denny) Connor, Omaha NE and their children Julie, Andy, Jill and Kara; Janet (Gary Dooley, Waterloo, NE, Sally (bob) Ritzdorf and daughter, Emily, Howells NE. He also leaves behind 12 great nieces and nephews and a host of friends. All will miss his presence in their lives.

Larry Dean Crider age 66 of Blair, Nebraska, son of the late Modeen and Denver Atkins of McAlester OK, died Friday February 21st, 2014 in Omaha, Nebraska. A Visitation will begin at 12:30PM with a memorial service at 2:00 PM Sunday at the funeral... View Obituary & Service Information

The family of Larry D Crider created this Life Tributes page to make it easy to share your memories.

Send flowers to the Crider family.