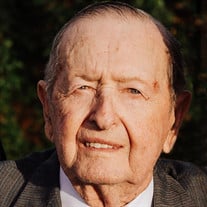 Jimmie D. West of Herman passed away on August 5th, 2019 at the age of 84. Visitation will be held Friday August 9th, 2019 at the Campbell-Aman Funeral Home from 6-8pm in Blair. Funeral services will be held Saturday August 10th, 2019 at 10:30am at the Herman American Legion. Military graveside services will follow in the Herman Cemetery. Jimmie West was born June 17th, 1935 in Tekamah, NE. He was the son of Clifford and Viola West and grew up in Herman. Jim joined the US Air Force on July 23rd, 1952 at the age of 17. His basic training was completed at Parks AFB in California. He was transferred to Florida then Wyoming before being sent to England. After being discharged in NYC in 1956, he re-enlisted 71 days later and was sent to Colorado. Jim met Tina at a dance hall, and they got married three months later on February 15th, 1957 in Colorado Springs. Jim and Tina had four children Jo Ann, Lou Ann, William and James and all four children were born at Fitzsimons Army Hospital in Denver. While in Colorado, Jim also worked part-time at Salt Creek Truck Lines for 7 years. In 1964, he was transferred to Turkey with his family. In his free time, Jim played and traveled with an Air Force volleyball team. In 1967, he was transferred back to the US in San Antonio but was transferred to Pakistan 13 months later, and the family couldn’t move with him this time. However, they were reunited in Texas from 1969 to 1972 before retiring from the US Air Force and moving his family back to Herman. Next, Jim went to refrigeration and air conditioning school in Omaha. From 1974 to 1984, he worked for the City of Herman and operated the Water and Wastewater Treatment Plants. Then, Jim and Tina owned a pool hall for 2 years. Next, Jim worked for the US Postal Service in Herman for 17 years. He also served in the Herman Fire Department for 12 years with six years as the fire chief. After years of service with multiple jobs, he retired and decided to spend summers at the cabin on the Missouri River in Nebraska and winters in Texas. In 2002, Jim received a heart transplant, which allowed him to continue loving his family and friends for over 16 more years. Jim is survived by his wife Tina, children; Jo (Washington) West and, Lou (Wrench) Buck and Bill (Stephanie) West and, 9 grandchildren, 11 great grandchildren and 2 great great-grandchildren, his brother Bud (Wanda) West and his sister Mary (Roger) Brodersen. He was preceded in death by his parents, son James West, grandson Rocky West and his sister Sandra.

The family of Jimmie Dean West created this Life Tributes page to make it easy to share your memories.

Send flowers to the West family.