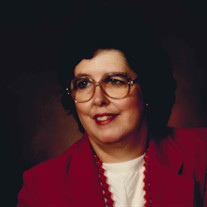 Janet Joyce Nollen, 71, died January 27, 2017 at Methodist Hospital in Omaha. Funeral Services will be held Wednesday, February 1, 2017 at 10:30 AM at the First Lutheran Church in Blair. Graveside services will follow at the Blair Cemetery.... View Obituary & Service Information

The family of Janet Nollen created this Life Tributes page to make it easy to share your memories.

Send flowers to the Nollen family.