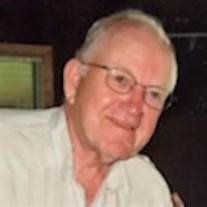 Gerhardt Thompson, age 75, passed away peacefully August 11, 2021. Gerhardt was born on April 23, 1946 in Wiesbaden, Germany. He immigrated to the United States in 1948. He grew up in rural Blair and attended the Sutherland school for eight years and then attended Blair High School. On June 18, 1966 he married Vesta Krafft, they were later divorced. Gerhardt served in an Army Reserve transportation company for 2 years. He used his newfound knowledge to launch a career in trucking. Years of hard trucking for companies including Art Williams Transfer and Wynne Transport allowed him, in 1974, to buy his first farm, which would later become the “home” place. Farming and trucking continued to grow hand in hand for the next 47 years. Gerhardt loved Kenworth’s, Peterbilt’s, John Deere’s and Farmall’s. He loved to buy and sell them, but more than that, to go for a drive to look at them. His love of driving brought him all over the country, frequently fast… Whether it was Gerhardt, Gerhard, Gerry or Gary….he was quick to provide a story that involved speeding, a ticket or bad weather (usually combined and frequently embellished). He was a board member of the Burt-Washington county drainage board for 30 years. Gerhardt is survived by his sons: James(Sondra) Thompson and Randy(Sharon) Thompson, both of Blair, Nebraska; grandchildren: Sarah Wheeler, Zane Thompson, Cole Thompson, Tommy Thompson and Tyler Thompson. He is also survived by brothers: Ray Thompson, Carl(Kim) Thompson, Carroll(Tracy) Thompson, and John Thompson as well as numerous nieces and nephews. Gerhardt was preceded in death by his parents; Carroll and Gertrude (Klossek) Thompson and sister, Diane Wulf. In lieu of flowers, donations to the Tekamah Fire and Rescue would be greatly appreciated. Visitation will be held Monday, August 16, 2021 from 6:00-8:00 PM at Campbell-Aman Funeral Home. Graveside services will be held Tuesday, August 17, 2021 at 3:00 PM at the Blair Cemetery.

Gerhardt Thompson, age 75, passed away peacefully August 11, 2021. Gerhardt was born on April 23, 1946 in Wiesbaden, Germany. He immigrated to the United States in 1948. He grew up in rural Blair and attended the Sutherland school for eight... View Obituary & Service Information

The family of Gerhardt Thompson created this Life Tributes page to make it easy to share your memories.

Send flowers to the Thompson family.