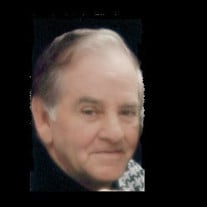 Edward Lee Ferris, age 91, long time resident of Blair, Nebraska. Born in Mondamin, Iowa, to William and Mable (Breeling) Ferris on August 19, 1926. Died Friday, June 1, 2018, in Omaha, Nebraska. Survived by his loving wife and soulmate of 70 years, Darlene B (Black) Ferris of Blair, Nebraska, and their five children:Linda (Jim) Jensen of Herman, Nebraska; Jerry (Pam) Ferris of Palmer, Alaska; Jolene Ferris of Canton, South Dakota; Brad Ferris of Blair, Nebraska; and Kent (Lori) Ferris of Muscatine, Iowa. Eleven grandchildren, fourteen great-grandchildren, 1 great-great grandchild, nephews: David and Dan Mathison of Little Sioux, Iowa, and many loving. extended family and friends. Ed was preceded in death by his parents and his sister and brother-in-law: Wilma and Dale Mathison of Little Sioux, Iowa. Ed proudly served in the United States Navy on the USS Lexington Aircraft Carrier in the Pacific Fleet during World War II. He was the manager of the Safeway Store in Blair, Nebraska, for many years and also was a Corrections Officer for the Washington County Sheriff’s Department before he retired. Ed was a lifetime member of the Iowa Firefighters’ Association, The American Legion, and Veterans of Foreign Wars. All those who knew Ed will remember he enjoyed life to the fullest and “he danced while he could.” He loved to participate in worship services at United Church of Christ in Blair, travel, spend time with family, dance, listen to country music, watch boxing matches, make doughnuts and share with others, cook, plant flowers and vegetable gardens, give gifts of roses. He was always ready and willing to lend a helping hand. Services: Tuesday, June 5, 2018, at 10:30 a.m. at the United Church of Christ, 16th and Colfax, Blair, Nebraska, followed by a luncheon. Visitation: Monday, June 4, 2018, from 5 p.m. to 8:30 p.m. with the family present from 7 p.m. to 8:30 p.m. at the Campbell-Aman Funeral Home, 444 South 17th Street, Blair, Nebraska. Burial: In the afternoon of June 5, 2018 following the luncheon with family. Interment with military honors at the Little Sioux, Iowa Cemetery.

The family of Edward Lee Ferris created this Life Tributes page to make it easy to share your memories.

Send flowers to the Ferris family.