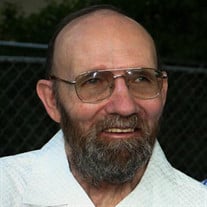 David R. Brown Sr, age 70 of Blair, passed away May 8, 2021. Funeral services will be held Wednesday May 12 at 10:30AM at Campbell Aman Funeral Home in Blair. Visitation will be held Tuesday May 11 at Campbell Aman with family receiving friends from 5:00 to 8:00PM. Dave was born August 6, 1950 in Ellwood City, Pennsylvania, the son of Bill and Delolorz Brown. He was raised in Phoenix, Arizona with his 3 brothers. In 1969 he joined the United States Army and served 2 tours in Vietnam. In 1974 he was united in marriage to Julie Moore, the couple made their home in Blair. Dave worked for 18 years at Dana College as the maintenance supervisor. In 1984 he started Brown’s Janitorial Services. After his time at Dana College he began working for Great Plains Communications and worked there until his retirement. Dave was an 8 time State Commander for the Nebraska VFW and an active member of the Blair VFW where he served on countless Honor Guards for over 30 years. Dave loved hunting, fishing and having a beer with friends. He is survived by his wife Julie, his children; Linda (Lorren) Ferguson of Mesa, Arizona, DeAnna (Jerome) Kazakevicius of Bellevue, David (Leslie) Brown of Bennington, Casey (Lindsey) Brown of Omaha and Amanda Brown of Omaha, his mother Delolorz of Phoenix, Arizona, brothers; Dan Brown of Cottonwood, Arizona, Dennis Brown of Phoenix, Arizona and Darrel (Andrea) Brown of Phoenix, Arizona, 25 grandchildren, 18 great-grandchildren, along with extended family and countless loved friends. He was preceded in death by his daughter Wendy Lynn Brown and his father Bill Brown. Memorials may be directed to the Eastern Nebraska Veterans Home or any local VFW.

The family of David R. Brown Sr. created this Life Tributes page to make it easy to share your memories.

Send flowers to the Brown family.