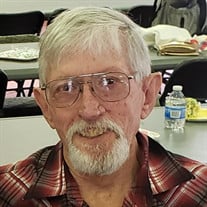 Daniel L. Frahm, age 63 of Blair, passed away June 8, 2019 at his home in Blair, Nebraska. A celebration of life will be held Wednesday June 12, 2019 at Petersen’s Bar 75 in Herman at 12:00PM. Dan was born on January 3, 1956 in Atkinson, Nebraska the son of Heinie and Aggie Frahm. He graduated from Chambers High School in 1974, and then attended Northeast Community College in Norfolk, Nebraska. On December 3, 1983 he was united in marriage to Kathy Andersen and the couple made their home in Blair. Dan retired from the Frito Lay Company in December of 2010. He enjoyed fishing, hunting, playing poker with the guys and was an avid reader. Dan will always be remembered as a man who had a deep love of family. He cherished his mother, brothers, and sisters, and especially loved his time with Kathy, their children and grandchildren. Dan is survived by his wife Kathy, children; Vickie (Aaron) Melling and Jill (Jesse) Johnson, grandchildren; Jordyn, Brody, Ryder and Boyd, his mother Agnes Frahm, siblings; Pat (Steve) Ronnebaum, Doug (Mary) Frahm, Sue (Kevin) Shafer and Greg (Pam) Frahm, his mother and father in law Imogene and Dale Albus, along with numerous extended family members and friends. He was preceded in death by his father and fathers-in-law Howard Andersen and John Lutz.

The family of Daniel L. Frahm created this Life Tributes page to make it easy to share your memories.

Send flowers to the Frahm family.