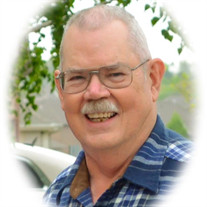 Dana J. Wolf, 78 of Fort Calhoun died December 28, 2016 in Texas. A memorial service will be held Wednesday, January 4, 2017 at First United Methodist Church in Blair at 11 AM. Visitation will be held Tuesday at Campbell Aman Funeral Home with family receiving friends from 6 to 8 PM and prayer service at 7 PM. Dana J Wolf was born in Manila, Philippines at Clark Air Force Base on March 15, 1938 to Delmar F Wolf and Dorothy Bishop Wolf. He served proudly in the Marine Corps at Port Chicago in California before entering college. After the service, Dana attained his undergraduate degree in 1964 from California Polytechnic University in Animal Science, and went on to achieve a doctoral degree from Iowa State University in livestock nutrition in 1971. He worked his way through college taking several jobs, usually working closely with livestock in some fashion. Dana married Arlene Judson Krober on April 22, 1962 in San Louis Obispo, CA after courting her at Cal Poly. They both loved animals and met at the dairy barn on campus. Dr. Wolf worked as a livestock nutritionist at AE Staley in Decatur, IL, Vit-A-Way in Ft. Worth, TX, and IMS in Omaha, NE. Later, he started his own feed and consulting business -- Nutri Tec -- while in Fort Calhoun, NE. Dana was a licensed insurance agent with Connecticut General while living in Ft. Worth. When they moved to Nebraska in 1982 he farmed land in Ft. Calhoun and Herman, and raised livestock with Judy on their home place near Ft. Calhoun. Dana enjoyed hunting, fishing, gardening and many other outdoor activities. He loved to travel, taking fishing trips to Alaska and Canada and sightseeing in several of the national parks. In retirement, Judy and Dana "snow birded" in south Texas in their RV. He was an active member of the First United Methodist Church in Blair. He was also actively part of the Nebraska State Grange and was very involved in other civic organizations over the years, including leadership roles. Dana gave back to his church and to his community. He is preceded in death by his parents, and brother Norman D Wolf. Dana is survived by his wife Judy, son David Wolf, daughter Diana (Wolf) Lechtenberger, son-in-law Mike Lechtenberger; grandchildren: Kyle, Chris, Rachel and Aaron Lechtenberger, and a niece and nephews. Memorials may be directed to the First United Methodist Church in Blair or American Heart Association in Dana's name.

Dana J. Wolf, 78 of Fort Calhoun died December 28, 2016 in Texas. A memorial service will be held Wednesday, January 4, 2017 at First United Methodist Church in Blair at 11 AM. Visitation will be held Tuesday at Campbell Aman Funeral Home with... View Obituary & Service Information

The family of Dr. Dana J Wolf created this Life Tributes page to make it easy to share your memories.

Send flowers to the Wolf family.