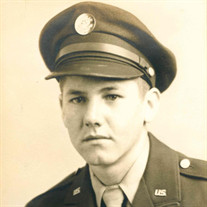 Not sure what to send?

A. Philip “Phil” Larsen, age 95 of Blair, passed away peacefully on January 11, 2022. Memorial Services will be held Saturday, January 15 at First Lutheran Church in Blair at 2:00PM. Visitation will be held one hour prior to the service at the church. Military graveside services will be held at a later date. Phil was born on November 2, 1926 in Blair, Nebraska, the son of Christian and Abelone (Nielsen) Larsen. He lived his entire life in Blair, attended and was graduated from Blair High School in 1944. The day after graduation he enlisted in the United States Army Air Corps. He began attending Dana College until he was called into active duty in March of 1945. In November of 1945, Phil enrolled in the Air Corps Reserves and attended the University of Nebraska at Lincoln. After his college graduation, he taught math, industrial arts, and coached basketball at Oakland High School. While teaching in Oakland, he met Florence Spease and the couple were married on August 26, 1951, at Salem Lutheran Church in Fremont, Nebraska and made their home in Blair. Phil began working as a general contractor and real estate developer and never retired. Phil served on the boards of Metropolitan Community College, the Educational Service Unit #3, and the Oaks Indian Mission. Phil also served the First Lutheran Church as president of the congregation and on the building committee, the Blair Planning Committee, along with many other volunteer organizations. In the late 1990’s Phil was selected as a distinguished alumnus of the Blair Community Schools. Phil is survived by his wife Florence; children: Diane (Gary) Madsen, Keith (Lori) Larsen, Lorene Larsen; grandchildren: Lars (Julie) Madsen, Leif (Amanda) Madsen, Joseph (Rachel) Evans, Jakob Larsen; four great grandchildren; sister Agnes Paulsen; along with many nieces, nephews, and extended family and friends. He was preceded in death by his parents, infant son, brother Ezra Larsen and sister Lydia Beckman. In lieu of flowers memorials may be directed to First Lutheran Church in Blair, the Danish American Archives in Blair, Oaks Indian Mission in Oaks, Oklahoma, or the charity of the donor’s choice.

A. Philip &#8220;Phil&#8221; Larsen, age 95 of Blair, passed away peacefully on January 11, 2022. Memorial Services will be held Saturday, January 15 at First Lutheran Church in Blair at 2:00PM. Visitation will be held one hour prior to the... View Obituary & Service Information

The family of A. Philip "Phil" Larsen created this Life Tributes page to make it easy to share your memories.

A. Philip “Phil” Larsen, age 95 of Blair, passed away peacefully...